What is FHA (Federal Housing Administration) ?

The Federal Housing Administration (FHA) is a United States government agency created as part of the National Housing Act of 1934. It sets standards for construction and underwriting and insures loans made by banks and other private lenders for home building. The goals of this organization are to improve housing standards and conditions, provide an adequate home financing system through insurance of mortgage loans, and to stabilize the mortgage market. The Commissioner of the FHA is Carol Galante. 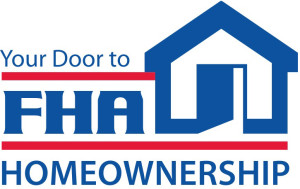 During the Great Depression, the banking system failed, causing a drastic decrease in home loans and ownership. At this time, most home mortgages were short-term (three to five years), with no amortization, and balloon instruments at loan-to-value (LTV) ratios below sixty percent. The banking crisis of the 1930s forced all lenders to retrieve due mortgages; refinancing was not available, and many borrowers, now unemployed, were unable to make mortgage payments. Consequently, many homes were foreclosed, causing the housing market to plummet. Banks collected the loan collateral (foreclosed homes) but the low property values resulted in a relative lack of assets.

In 1934 the federal banking system was restructured. The National Housing Act of 1934 created the Federal Housing Administration. Its intent was to regulate the rate of interest and the terms of mortgages that it insured. These new lending practices increased the number of people who could afford a down payment on a house and monthly debt service payments on a mortgage, thereby also increasing the size of the market for single-family homes.

The FHA-calculated appraisal value that is based on eight criteria and directed its agents to lend more for higher appraised projects, up to a maximum cap. The two most important were “Relative Economic Stability”, which constituted 40% of appraisal value, and “protection from adverse influences”, which made up another 20%.

In 1935, Colonial Village in Arlington, Virginia, was the first large-scale, rental housing project erected in the United States that was Federal Housing Administration-insured. During World War II, the FHA financed a number of worker’s housing projects including the Kensington Gardens Apartment Complex in Buffalo, New York.

In 1965 the Federal Housing Administration became part of the Department of Housing and Urban Development (HUD). Since 1934, the FHA and HUD have insured over 34 million home mortgages and 47,205 multifamily project mortgages. Currently, the FHA has 4.8 million insured single family mortgages and 13,000 insured multifamily projects in its portfolio. The Federal Housing Administration is the only government agency that is completely self-funded. However, although it claims to operate solely from its own income at no cost to taxpayers, there is an implicit guarantee that the taxpayer will help them in times of need.

Following the subprime mortgage crisis, FHA, along with Fannie Mae and Freddie Mac, became a large source of mortgage financing in the United States. The share of home purchases financed with FHA mortgages went from 2 percent to over one-third of mortgages in the United States, as conventional mortgage lending dried up in the credit crunch. Without the subprime market, many of the riskiest borrowers ended up borrowing from the Federal Housing Administration, and the FHA could suffer substantial losses. Joshua Zumbrun and Maurna Desmond of Forbes have written that eventual government losses from the FHA could reach $100 billion.

The troubled loans are now weighing on the agency’s capital reserve fund, which by early 2012 had fallen below its congressionally mandated minimum of 2%, in contrast to more than 6% two years earlier. By November 2012, the FHA was essentially bankrupt.

The FHA insurance payments include two parts: the upfront mortgage insurance premium (UFMIP) and the annual premium remitted on a monthly basis—the mutual mortgage insurance (MMI). The UFMIP is an obligatory payment, which can either be made in cash at closing or financed into the loan, so that you really pay it over the life of the loan. It adds a certain amount to your monthly payments, but this is not PMI, nor is it the MMI. When a homeowner purchases a home utilizing an FHA loan, they will pay monthly mortgage insurance for a period of five years or until the loan is paid down to 78% of the appraised value – whichever comes later. The MMI premiums come on top of that for all FHA Purchase Money Mortgages, Full-Qualifying Refinances, and Streamline Refinances.

When we talk about canceling the FHA insurance, we talk only about the MMI part of it. Unlike other forms of conventional financed mortgage insurance, the UFMIP on an FHA loan is prorated over a three-year period, meaning should the homeowner refinance or sell during the first three years of the loan, they are entitled to a partial refund of the UFMIP paid at loan inception. If you have financed the UFMIP into the loan, you cannot cancel this part. The insurance premiums on a 30-year FHA loan which began before 6/3/2013 must have been paid for at least 5 years. The MMI premium gets terminated automatically once the unpaid principal balance, excluding the upfront premium, reaches 78% of the lower of the initial sales price or appraised value. After 6/3/2013 for both 30 and 15 year loan term, the monthly insurance premium must be paid for 11 years if the initial loan to value was 90% or less. For loan to value greater than 90% the insurance premium must now be paid for the entire loan term.

A 15-year FHA mortgage annual insurance premium will be cancelled at 78% loan-to-value ratio regardless of how long the premiums have been paid. The FHA’s 78% is based on the initial amortization schedule, and does not take any extra payments or new appraisals into account. For loans begun after 6/3/2013, the 15-year FHA insurance premium follows the same rules as 30-year term (see above.) This is the big difference between PMI and FHA insurance: the termination of FHA premiums can hardly be accelerated.

Borrowers who do make additional payments towards an FHA mortgage principal, may take the initiative through their lender to have the insurance terminated using the 78% rule, but not sooner than after 5 years of regular payments for 30-year loans. PMI termination, however, can be accelerated through extra payments or a new appraisal if the house has appreciated in value.

The creation of the Federal Housing Administration successfully increased the size of the housing market. By convincing banks to lend again, as well as changing and standardizing mortgage instruments and procedures, home ownership has increased from 40% in the 1930s to nearly 70% in 2001. By 1938 only four years after the beginning of the Federal Housing Association, a house could be purchased for a down payment of only ten percent of the purchase price. The remaining ninety percent was financed by a 25-year, self-amortizing, FHA-insured mortgage loan. After World War II, the FHA helped finance homes for returning veterans and families of soldiers. It has helped with purchases of both single family and multifamily homes. In the 1950s, 1960s, and 1970s, the FHA helped to spark the production of millions of units of privately owned apartments for elderly, handicapped, and lower-income Americans. When the soaring inflation and energy costs threatened the survival of thousands of private apartment buildings in the 1970s, FHA’s emergency financing kept cash-strapped properties afloat. In the 1980s, when the economy did not support an increase in homeowners, the FHA helped to steady falling prices, making it possible for potential homeowners to finance when private mortgage insurers pulled out of oil-producing states.

The greatest effects of the Federal Housing Administration can be seen within minority populations and in cities. Nearly half of FHA’s metropolitan area business is located in central cities, a percentage that is much higher than that of conventional loans. The FHA also lends to a higher percentage of African Americans and Hispanic Americans, as well as younger, credit-constrained borrowers, contributing to the increase in home ownership among these groups.

As the capital markets in the United States matured over several decades, the impact of the FHA decreased. In 2006 FHA made up less than 3% of all the loans originated in the United States. This had some in Congress questioning the government’s role in the mortgage insurance business, with a vocal minority calling for the end of FHA. The subsequent deterioration in the credit markets, however, has somewhat muted criticism of the agency. Today, FHA now backs over 40 percent of all new mortgages.